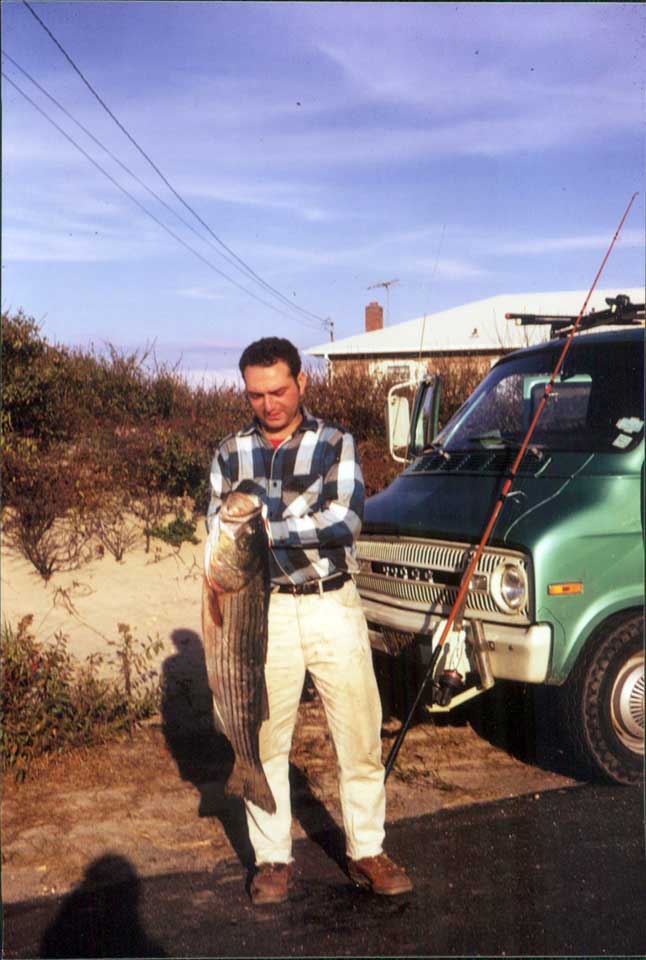 I caught this one with an 8′ ugly stick made by old man Johnny Chronic with a Penn 710 with an 8 lb. andy line. It’s 2012 and I still have this rod.  To catch this fish, I swam with it. Started on North Bar and swam/floated in my waders along with it and ended up on False Bar. I caught another that night that was 28 lbs. Did the same thing, walked in the water down to False Bar. It took almost all night to catch those two fish. There was no one there but me and Gary Fradl and we had a good time.